LED TVs are in practice LCD screens using a rear lighting via LEDs. This allows them to have an excellent image in all kinds of environments, higher contrast, and even in very bright environments, their performance is superior, Are more economical, lightweight and easy to install.

They have a fantastic reproduction behavior of any type of content, since they particularly enhance,  blacks and whites in the images. Their Quality is the one which is more closely approximated to the picture quality of plasma and in turn they have the other advantages that one does not have.

There are three types of LED lighting:

White LEDs all around the screen using a special diffuser Panel to spread the light of choice behind the screen.

Led panel behind the screen whose brightness is controlled not individually

The third is the most efficient in terms of quality and also the most expensive.

Three types of LED may be used:

The third one  is the most efficient in terms of quality and also the most expensive.

Sort by:
Best sellers Relevance Name, A to Z Name, Z to A Price, low to high Price, high to low
Showing 1-1 of 1 item(s) 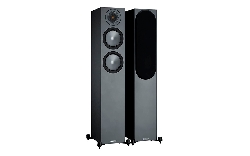