The Tubes were the first components used for the amplification of sound. Soon after its invention by Edison there were many enthusiasts trying to use the potential of the discovery. One of which would have more relevance and arrived to our days was really the amplification of the signals that were provided.

After a period of near extinction, soon after the discovery of the transistor and subsequently the integrated circuits, there was always a large group of faithful followers who have highlighted some very important particularities of sound reproduced by the valves. For some, their ability to reproduce the sound was "sweeter", for others "warmer" to others, "more natural". The truth is that their persistence led to that from the late 90 's of the last century, the amplifiers return valves again to the best.

Sort by:
Best sellers Relevance Name, A to Z Name, Z to A Price, low to high Price, high to low
Showing 1-1 of 1 item(s) 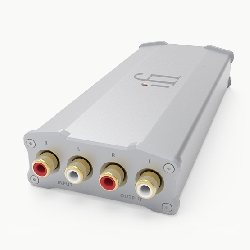